Ritual Murder -- Back by Popular Demand 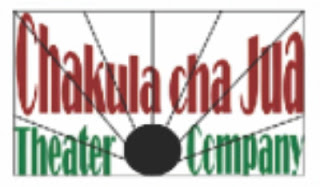 Ritual Murder, first written in 1968 by author Tom Dent and directed by Chakula cha Jua, is a 45-minute stage play that deals with the agonizing theme of black-on-black violence.

Last summer, Joe Brown Jr., murdered his best friend, James Roberts, for no apparent reason. Why did this murder happen? No one knows. But the people who know Joe Brown Jr. best have ideas.

The story revolves around Joe Brown, Jr., a 19 year old black youth who murders his best friend James Roberts on a Saturday night "for no apparent reason." A narrator is used in the style of a television documentary to interview all the people who knew Joe Brown Jr. well, to determine why this murder happened. By the end of the play the audience learns that there are reasons for the murder--reasons which are "personal and common." Audiences will be astonished to learn the real reasons behind the murder as Ritual Murder examines and analyzes this agonizing problem like it has never been dealt with before.

Ritual Murder was first written by Dent when he was employed by the historic Free Southern Theater as resident playwright. The play never received a production until 1976 when Chakula cha Jua directed it for Ethiopian Theater.

Tom Dent (1932-1998), poet, essayist, oral historian, dramatist and cultural activist, was born in Flint Goodridge Hospital in New Orleans on March 20, 1932.  In the early 1960s, he was a member of New York's legendary Umbra Workshop and won attention in literary circles as the editor of Umbre magazine. In 1965, Dent returned to New Orleans, to become an associate director of the Free Southern Theater. In 1973 he founded the Congo Square Writer's Union which enabled a number of New Orleans writers to develop their talents. Dent's reputation as a poet, essayist, oral historian, and playwright grew rapidly in the 1980s. Dent's poems, reviews, and essays have appeared frequently in such journal as Freedomways, Southern Exposure, Black American Literature Forum, and Calliloo.  His poetry is included in the anthologies Schwarzer Orpheus, New Negro Poets: USA, and New Black Voices. Dent co-edited the book The Free Southern Theater by The Free Southern Theater, (1969) with Gil Moses and Richard Schechner.  His two collections of poetry are Magnolia Street, (privately printed) and Blue Lights and River Songs (Lotus Press). Tom Dent also worked as Executive Director of the New Orleans Jazz and Heritage Foundation. In 1996 Dent’s book Southern Journey was published.  The book was his findings resulting from revisiting towns and cities which were major sites of Civil Rights activities in the south.

New Orleans native Chakula cha Jua is Executive Artistic Director of the Chakula cha Jua Theater Company which he established in 1985.  He has been acting, playwriting and directing for more than thirty years.  He served as a staff member for the historic Free Southern Theater for six years (1971-1976), where he wrote, directed and performed in several memorable productions.  For Ethiopian Theater he first directed Tom Dent’s probing drama Ritual Murder (1978), which his company continues to perform to this day.  He has directed for a wide assortment of theaters, colleges and community organizations, including the ACT One Players, Congo Square Writer’s Union, CAST, Xavier, Dillard and Southern University and his own Chakula cha Jua Theater Company.  As playwright he has written several plays for adults and children including the anti-drug play The Ladder which was published in the literary journal The African American Review (1993).  In 1981 cha Jua became actively involved with the Alliance for Community Theaters, Inc. (ACT I), and served two terms as president of the organization.  It was under his administration the group began the Annual New Orleans Black Theater Festival.  Cha Jua has received several awards and honors through the years including the Alliance for Community Theater’s Best Director (1990), and Best Production (1993).  Awards include The Robert Costley Award (1988), The Mayor’s Arts Award (1991), The Contemporary Arts Center’s Beaux Arts Award, (1992), The Delta Sigma Theta “Artie” Award (1993), The Danny Barker Estate “Keeping The History Alive” Award (2003), and most recently, The Asanta Award (2009).  Currently retired from the Orleans Parish School System, cha Jua continues to work today with adults and children instilling in them a deep appreciation for the performing arts.

Chakula cha Jua Theater Company is New Orleans’ second oldest Black community theater company (after Ethiopian Theater).  The company was formed in 1985 to provide an outlet for local actors, playwrights and directors in the Black Arts community. Its goals are to present the works of African American playwrights as they reflect the experiences of Black people in America and throughout the world. Chakula cha Jua, the company's founder and Artistic Director has been an active participant in the Black Arts Movement for more than thirty years. Under his direction the company has presented a variety of new and exciting works for both adults and children. The company has performed for public libraries, community centers, churches, lounges, prisons and in more than one hundred schools in New Orleans and throughout the Southern Region. The Chakula cha Jua Theater Company was a regular fixture in The Alliance for Community Theaters' Annual New Orleans Black Theater Festival.  The company was bestowed the award for "Best Production" in 1993.  In 1991, Chakula cha Jua Theater Company was one of the few theater groups from the South represented at the National Black Theater Festival in Winston-Salem, North Carolina. Send all inquires to Chakula@juno.com.
# posted by Ashe Messenger @ 12:20 AM

It is great to have visited your website. Thanks for sharing useful information. And also visit my website about health. God willing it will be useful too

Your article had provided me with another point of view on this topic. I had absolutely no concept that things can possibly work on this manner as well. Thank you for sharing your opinion