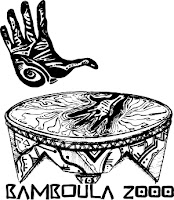 On Saturday, November 20, 2010, Bamboula 2000 will celebrate its 16th Anniversary at the Epic Center located 3220 General de Gaulle Drive in Algiers. The event is from 9 pm -1 am and features Bamboula 2000 in concert along with door prizes, a cash bar, food and an opening set with special guests, The Passion Band.


Bamboula 2000 is deeply rooted in the soil of Congo Square in New Orleans. This exciting music and dance experience formed 16 years ago in 1994 has become beloved in New Orleans and beyond. Bamboula 2000's music is influenced by New Orleans, the Caribbean and Africa. The group has won the prestigious Big Easy Award for Best World Music group three times. Bamboula 2000 reaches over 10,000 children annually through their Imagination Tour dance and drum workshops.


The Epic Center is a beautiful new venue in Algiers that was built by Ernest Kelly, the Founder of the Reggae Riddums Festival and the International Arts Festival's that were held in City Park's Marconi Meadows. Kelly envisions the Epic Center as the premier venue in New Orleans for live World Music, Jazz and Hip Hop performances.

The article was very interesting and informative for me. weight loss


Great article! We are linking to this great article on our site. Keep up the good writing.