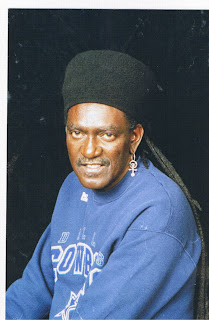 (New Orleans, LA) Inspired by the legacy of iconic visual artist, Douglas Redd, who died last year, local cultural workers have sent out a call to African-American artists in all disciplines to gather.

The Douglas Redd Cultural Summit is the brainchild of Congo Square Foundation head, Luther Gray. Gray, a consummate African drummer and leader of the percussion and dance group, Bamboula 2000, says the Summit is a first step in engaging the local arts community in social action efforts to rebuild New Orleans with a sense of the signature cultural heritage which makes New Orleans unique in the world. “In Douglas Redd’s memory, many of us have decided to come together to make sure New Orleans rebuilds with a sense of retaining its cultural heritage. We will organize and sustain an effort to rebuild New Orleans with a sense of its soul; to work on getting more displaced New Orleanians cultural workers back home, and to become a force for equitable and just rebuilding of the City we love,” said Luther Gray.

Redd, a graduate of Dillard University, was an artist and native New Orleanian. He died on July 18, 2007 after battling cancer. Redd was accomplished in graphic arts, sculpture, wood cuts and jewelry making. The self-proclaimed guardian of cultural symbols established Redd House in 1993, and produced a wide range of creative, customized graphic art and design work. From 1977 to 2001 Redd was the design artist for the Congo Square Area of the New Orleans Jazz and Heritage Festival, and in 1995 he was commissioned to design the logo for the Essence Music Festival. Perhaps Redd’s most important work was a series of five installations know as “Efforts of Grace.” Celebrating the indomitable spirit of Africans and African Americans, the works were given a Cultural Olympiad Recognition Award and made part of the 1996 Olympics. In 1998, along with community activist Carol Bebelle, Redd founded and established the Ashé Cultural Arts Center in New Orleans. Redd served as associate and artistic director for the center until his death.

The Summit is sponsored by the Southern University at New Orleans, Department of African and African-American Studies; Gulf Coast Fund for Community Renewal and Ecological Health, Efforts of Grace, Inc., Artists in Residence New Orleans (AIRNOLA), and Bright Moments, Inc. For more information and to join the movement log on to WWW.AIRNOLA.ORG or call Luther Gray at (504) 495-0463.

Good write-up. I definitely love this site. Keep it up