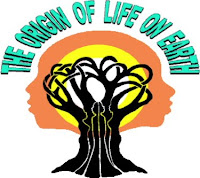 Ashé Cultural Arts Center’s co-founder and executive director, Carol Bebelle, is pleased to announce that Ashé’s Big Easy award-winning production of The Origin of Life on Earth: An African Creation Myth is going to New York! The production is an original dance/theater adaptation of the book of the same name written by Dr. David Anderson, directed by Dollie Rivas and choreographed by Michelle Gibson, with original music by Lloyd Daly. The script for the play was written by Chakula cha Jua, and Bebelle is the executive producer.

On October 1, 2009, Ashé's dance ensemble and musicians will perform as part of the weeklong opening celebration of Callahan Theater at Nazareth College Arts Center in Rochester, New York. Recently renovated, the theater is “state-of-the-art with greater aesthetics, accessibility, and comfort.” Nazareth College has hosted performers from all over the world, but its choice of Origins is quite fitting as this is the author’s home town.

The Origin of Life on Earth-An African Creation Myth tells the story of how Earth and its first people were created, according to the Yoruba Culture of West Africa. This creation story connects the African Diaspora to the arrival of West Africans in New Orleans and their legacy in New Orleans culture and tradition. This original dance/theater adaptation has a cast that includes master dancers, theater artists and musicians who bring this story to life. Clad in colorful costumes and with Matt Rosenbeck’s vivid videography in the backdrop, ensemble dancers present a stunning performance in which they not only depict the author’s words, but they join the story with historic New Orleans events, and polish it off with a high-energy secondline, bringing the audience into the show.

The production uses the concept of storytelling, combining spoken word and images presented from dance and film, set to music provided by musicians and vocalists. Further, it combines the elements of the griot (storyteller) with a Vorchestra, film and dancers.

Bebelle says, “It has been our privilege to move the voice of traditional African view to the front on the subject of the creation of the world. This production helps to fill the cultural void in the information banks of children, teachers, parents, and the community. It is our hope that this new information, for many, will influence and encourage children of the African Diaspora toward a deeper connection with ancestors, their belief systems, their culture and their ways.”
PERFORMANCE PHOTOS - 2008: The Ensemble, Derrick Deal and Michelle Gibson, The Ensemble

Comments:
if you are interested in golf and want to enjoy the golf with luxurious holiday then our community is the best option for

you. because golf holidays in costa del sol offers you the best golf courses in all

over the world. here you can find the respected environment for golfing. we also provide you the best hotels and restaurants

for your holidays.for more informations you have to visit our link which is given above