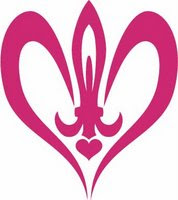 An Exhibition of Art Made by the Women of Ashé

Danielle Miles
Raised in the Heights in Houston, TX, Danielle Miles is an old soul articulating the truth
of art through a child's eyes. Always drawn by the arts, from dance to piano, drama to
music, visual art became her vigilant companion as she has progressed into a phenomenal
artisan sought after for her unique creative perception.

Often dreaming of the shapes and hues in her work before it reaches the medium, Danielle
does more than simply paint pictures or craft graphic designs. She seeks the soul in the
silhouette, the music in the mélange of life's collage, and to rescue the color from the
flatness of mere photographed memories. Her work leaves a lucid legacy of interpretation
that obligates the observer to remember that art is a freedom and depth of life that manifests
when truth is fearlessly embraced.

She infuses reverence of her ancestors into her creations continuously, being conscious
of their presence, influence, and importance in her life; generations of her family's women
speak through every curve and color of her works. Often known as an introverted, highly
focused work-a-holic, Danielle loses herself in what she does because to her, this "work" is
her joy, her passion, her bridge to her past, and her flight into her future.

Valentine Pierce
Is a poet and performance artist. Her creative and journalistic writing has been published
throughout the U.S. and she has been featured on radio programs and cable television
programs. Recent publications include Callaloo and Yawp: a journal of poetry and art.

Pierce has frequently produced her own shows, including “It’s Personal,” for which she
received a grant from the NOJHF. In its review of the “From a Bend In the River" anthology,
which included Pierce's, "Rivers of My Soul," the Times-Picayune called her one of the
stalwarts of the New Orleans poetry scene. The poem was also choreographed by the
Newcomb College for Women dance department for the inauguration of Tulane University’s
president. She is a member of the collective, Uprooted: The Katrina Project. Pierce’s
collection of poetry, “Geometry of the Heart,” is available from PortalsPress.com

Ms. Dollie Rivas received her B. F. A. in Choreographic Design/Dance Education a minor
in Art at the University of Louisiana, Lafayette. She earned an M.A. from the University of
Houston/clear Lake City. She has traveled throughout the United States and Europe as a
teacher, performer, and choreographer. Ms. Rivas is also a member of the National Dance
Education Organization.

Karel Sloane-Boekbinder
Karel, Assistant Producer for the Ashé Cultural Arts Center, is a playwright, author, actor,
filmmaker and painter. At Ashé CAC, Karel assists with stage management, all aspects of
assistant producing, and, arts instruction. Karel has been acting professionally for over
21 years. Current performance work can be seen in the upcoming Spike Lee film "Miracle
at St. Anna" (as "Herb's Wife") and the thriller by the Swider Brothers "Girls Gone Gangsta"
(as "Teeth.")

Karel was employed for almost 10 years as a designer and potter’s apprentice by Gail
Markiewicz Studios, a nationally recognized Connecticut based artist.
http://www.gmceramicart.com/

An Abstract Expressionist, Karel is inspired by her surroundings and her studies of
mythology; she draws her inspiration from her environment-what she hears and sees,
both natural and human-made, city to countryside. Karel has exhibited art-work in
Connecticut, Louisiana, Nebraska, Georgia, Tennessee, Maine and California. Karel
perceives the earth as a great inter-connected garden. She desires to use art to preserve
all the beauty she encounters in this garden. Beauty can be found everywhere. Each of
us has a personal connection to nature, and it is through our personal connections to nature
that we will be able to beautify the planet. Karel’s goal is to use her assembled inspirations
to alter how we perceive nature, our connection to it, and the impact our actions have on it.