Film Screening - DARIUS GOES WEST: The Roll of his Life 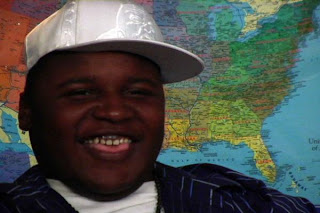 A film by Logan Smalley


Where would you go if you'd never been away from home? What would you do if you didn't
have much time left? DARIUS WENT WEST!

Meet 15-year-old Darius Weems from Athens, Georgia, who was born with Duchenne Muscular
Dystrophy (DMD), the most common fatal genetic disorder to affect children worldwide. In
1999, he watched his beloved older brother, Mario, pass away from the same disease at age 19.
Soon after, Darius lost use of the muscles in his legs and had to use a wheelchair to get around.

Fulfilling a promise to Mario to look after his little brother, a group of Darius's college-age friends
decided there was no need for his quality of life to disintegrate along with his muscles. In the
summer of 2005, they rented a wheelchair-accessible RV and took Darius, who had never seen
mountains, the ocean or even crossed a state line, on the adventure of a lifetime.

The ultimate goal of their 7,000-mile cross-country journey was to reach Los Angeles and
convince MTV's hit show "Pimp My Ride" to customize Darius's wheelchair. Along the way, they
evaluated wheelchair accessibility in America, celebrated the 15th anniversary of the Americans
with Disabilities Act (ADA) and raised awareness of DMD—particularly among a generation not
familiar with Jerry Lewis. They also found joy, brotherhood and the knowledge that life, even
when imperfect, is always worth the ride. Making an extended stop in New Orleans.

Donations will be collected for Charley's Fund during the event.